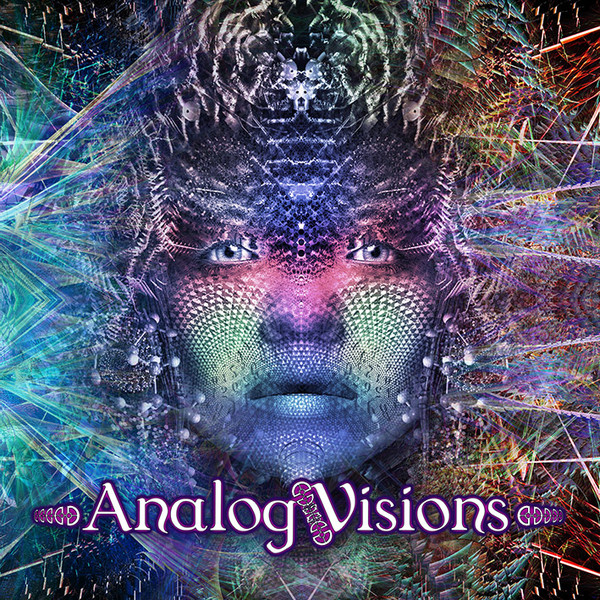 „Are you prepared to surge to sunlight speed?“

Analog Visions, here it is, the first offering this year ripped from the old DAT tapes of some devoted collectors, and what a sweet piece of 90’s candy it is.
I’ll be reviewing the digital order, because it’s the complete one, and I’m used to it more.

The album starts off with a live mix of Demention, and while the original is not fresh enough in my mind to compare, I enjoyed this rendition a lot. I love the percussion, the little touches with the hihats and the subtly building melodies. Most definitely a good opener.

Then DAT treats us with a livemix of ‚The Pyramid‘. If you’re as used as me to livemixes changing very little, just giving the tracks a little touchup if that, then this will take you on a surprisingly refreshing ride. Albeit slower than the original, the livemix still delivers power through it’s significantly heavier kick/bass and kickass percussion – it’s worth playing for that alone.
The leads take you on a slowly evolving journey full of little trippy tweaks that convey a sense of disharmony and uncongruent perception, but still arrive at some nice melodic and hypnotic climaxes. Very nice track and I like more than the original, which while nice was never one of my absolute favorites

Next Draeke opens the oven and hits us with some hot furnace wind. This livemix is exactly the touchup kind, but one still, that transforms the original in a significantly noticable way (not like the Green Room mixes lolol) With the more aggressive, distorted and acidic leads, this version takes the vibe in a slightly different direction, but is no less of a floorbuster. It’s the heavy metal to the originals hard rock, and in this instance at least, I ever so slightly prefer heavy metal.

A lot of people seem to dislike Quicksand, but to be honest I like it. I love the sense of dread and urgency the somewhat disrupted bassline evokes. Couple that with the disharmonic leads and you’ve got quite the alarming track. You can just sense the villain coming around the corner when this plays. Really reminiscent of Nervasystems ‚Time Travel‘ album, which I happen to absolutely adore.

The Conflict livemix, while not quite a completely new cut, got quite the touchup, and one that launched it from being amazing to being asymptotically close to perfection – as we know nothing can truly reach perfection. It has a somewhat longer intro, that qualifies it as an opener of a banging acid set, all of the vicious delicious acid of the original in an even more cutting and mad set of filters, a Ring-of-Fire-esque speech sample, providing that trademark Green Nuns silliness and comic relief and an awesome rework at about 8 minutes in, adding some new and awesome acid to launch the track over the finish line. All in all, this tracks limis is set to go against perfection.

The Code S9 version is harder, faster, better and darker. It starts off in a darker place and the trademark morning melody takes a while to introduce itself. But the track escapes the tunnel at a running pace, and when it does step into the light, when that melody does introduce itself it’s absolutely glorious. The climax melody just resonates with every moving bit of your soul and makes it absolutely impossible not to dance. One of my favorite Transwave tunes.

The Vimana live mix is for me the only track I find a bit redundant. While still a good track in its own right, it doesn’t hold a candle to neither the original nor the live in Athens mix. While it does have awesome sounddesign going for it, so does the Athens mix, and this Pleiadians version cuts out one of the most iconic melodic climaxes in the entire genre, where both the other versions get a clear head start over it, which they keep. Not to mention it sounds to my ears identical to the Pleiadians version on the I.F.O. live CD.
So yeah, while still ten times better than the Dickster remix or any other shitty fullon remix, it’s a bit of a miss for me.

The Angelic Particles desk mix is another one where I don’t get the bad rep. I’m a bit torn on it – but not because I don’t like it musically, I do, I love the mysterious, melancholic and subtle vibe of it. I’m torn because it sits at 150 bpm and since I wouldn’t play it without the intro, and I’m not sure about kicking off sth. at 150 bpm, I don’t know if it will get played over the original, which has more power to boast.
But, as I said, musically I like it

And as the last track fades in, it starts you on some funk right off the bat. And then the acid hits you…
And then it just keeps getting better and better and better. The Insomnie live mix is IT. It changes the original and takes it in a completely new direction, to another dimension not visible from the plane of the orignal. It breaks the limis and actually reaches perfection. It is the absolute rock-n-roll masterpiece of Goatrance, a lot of it even sounds like a guitar solo. It’s just flawless; so rocking, energetic and joyfull, without a trace of melancholy and sadness.
My new favorite cut of Jaia. Thanks Draeke for making this available to hear outside his livesets.

Overall, this CD/album is definitely worth it and, with all the other sweet releases coming, kicks off 2019 to be a great year for our niche within a niche within a niche.
Favorite tracks: Insomnie, Conflict, Code S9, Pyramid
Least favorite: Only Vimana, and only because it feels redundant

P.S. This is my first review and I don’t really like to give hard ratings like 7/10 or 5/7, but I would definitely recommend anyone who likes mad acid psychedelia to get this one.

More from MusikMore posts in Musik »